We all know that last summer the weed on the Fossdyke and the River Witham was a problem, and this was despite the Canal and River Trust spending more money on weed cutting than ever before.

Following a meeting of the River Witham User Group, which Burton Waters Boat Club are members, CRT Regional Director, East Midlands – Phil Mulligan committed to take a broader approach to the weed issue, involving the Trusts environmental experts to look at the cause of the excessive weed growth, and how to restrict weed entering from the connected drains and other water courses,  rather than just continuing the losing battle to cut it back.

We have now been told “The Environment Agency and the Canal & River Trust are taking the safety of our customers very seriously. This means working together with regards the on-going weed issue.” We don’t know the details for what this means yet, but at least it appears the issue has some focus within both organisations. 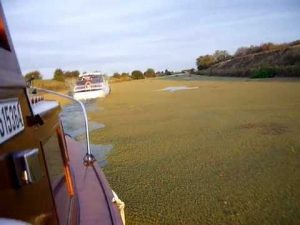