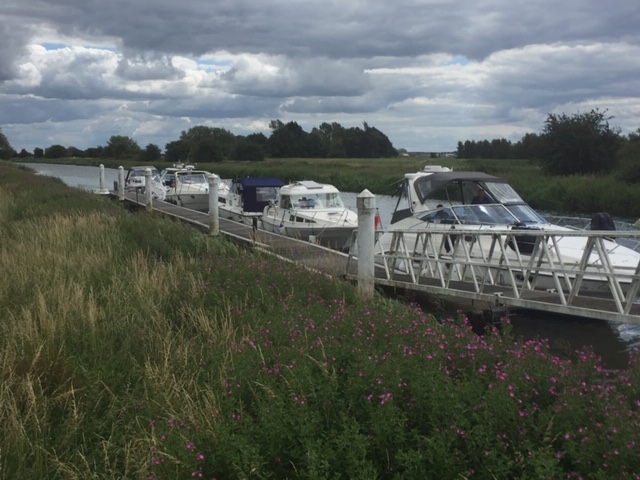 Saturday 11th July, 2020.  A moderate breeze and the sun fighting with the clouds to be seen.  The cruise today would take boaters through Lincoln and down to Fiskerton Fen nature reserve on the river Witham.

Just after 10:00am, six boats set sail from Burton Waters heading to Lincoln and met up with the seventh boat from Brayford Pool at Stamp End lock.  We were greeted by the smiling faces of the lock crew, Barry, Graham, Ann and Laura.  It is very rare to arrive at Stamp End and be able to enter straight into the lock, thankyou and well done to the team.

It was an enjoyable and uneventful run to Fiskerton.  Once a narrow boat had moved on, there was enough room for all boats to comfortably moor and partake in lunch.

After a short break, some of the crews set off in a socially distanced walk around the nature reserve venturing as far as the thatched roof hide and the brewery, where, despite ringing the bell, nobody came.

Three of the boats were not returning to Lincoln and they set off with intention of reaching Boston. (Heard later that at least one decided Kirkstead Bridge and Woodhall Spa was far enough)

With a 16:00 appointment with the lock crew, the four remaining boats cast off about 14:30 for the return run.  We arrived a little early, despite a head wind, but the crew arrived in time to help us all through.

We’ve had Lockdown for a long time now but with restrictions slowly being lifted, it was lovely to see familiar faces and meet up again, all doing something we love and enjoy.  Here’s looking forward to our next opportunity.

"TREASURE HUNT 2020"
Despite the threatened rain, the 2020 Treasure Hunt went off without a hitch, thanks to the superb efforts and organisation of Peter & Bridget Crutchfield.
As usual they tried to completely fox us with their devious clues (did you know that Saxilby was twinned with Haarlemmerliede en Spaarwoule? There were some very curious residents of Burton Waters who saw 6 boats weaving their way in and out of the moorings searching for clues, another of which was a dogs bottom (please don't ask).
Six boats took part in this popular event this year, and for those who did not attend, you really are missing a really fun time out on the water.
As if searching for clues from Burton Waters to Saxilby were not enough to tax our befuddled grey matter, we were tasked to answer more general knowledge questions about famous sea captains. Who knew that the first woman to sail around the world single handed was Krystyna Chojndwska-Liskienicz (try that on your spell checker and see where it gets you).
A special mention must go to Mike & Amanda Rudkin, who in spite of breaking down, managed to get going again and to correctly answer 100% of the clues they were able to get to.
The eventual very well deserved winners, amid cries of cheat (just because they got the "around the world sailor" right) were Viv, Brian, Ann & Barry on Bojangles.
See you all next year to fight for the Taggart Trophy." 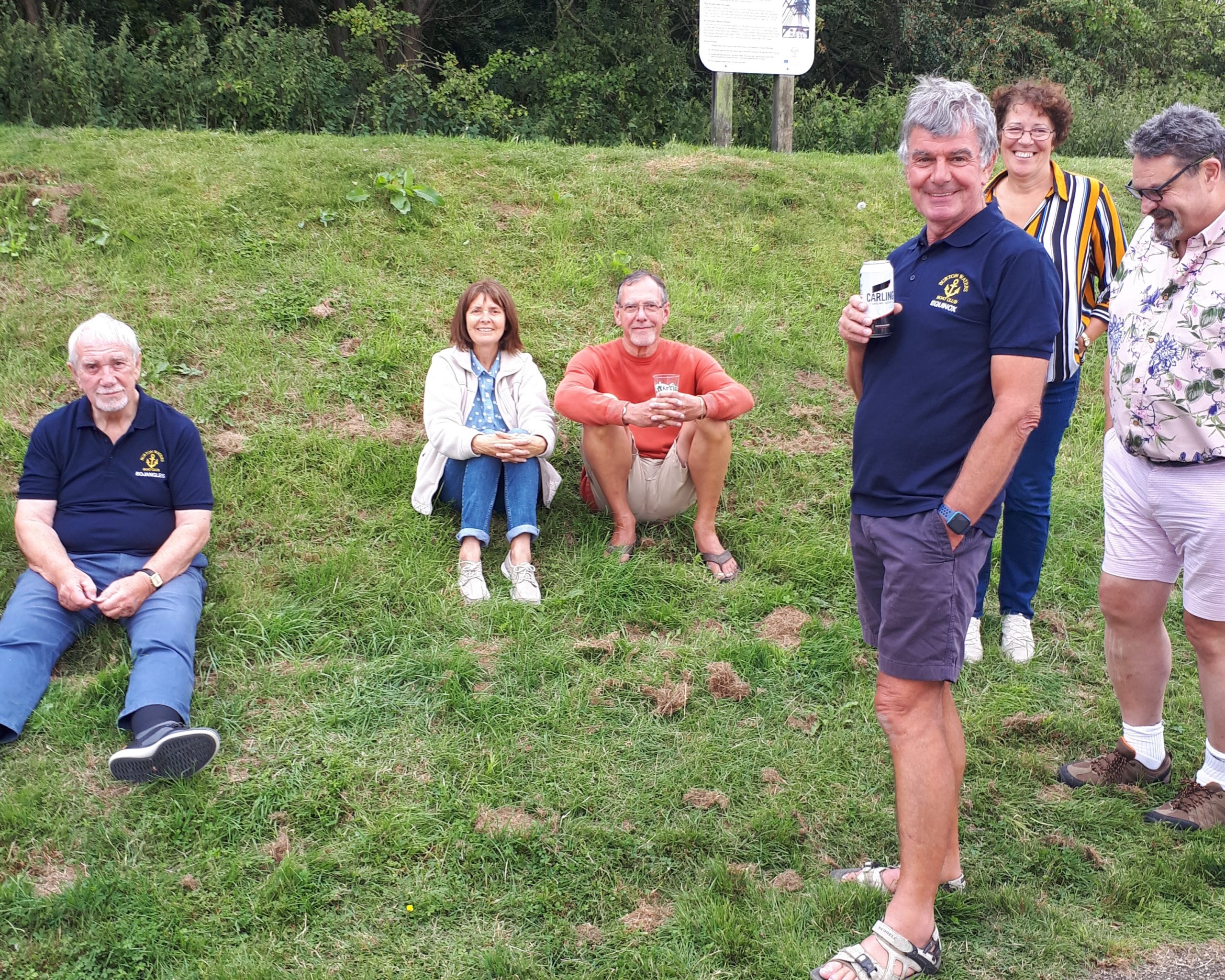 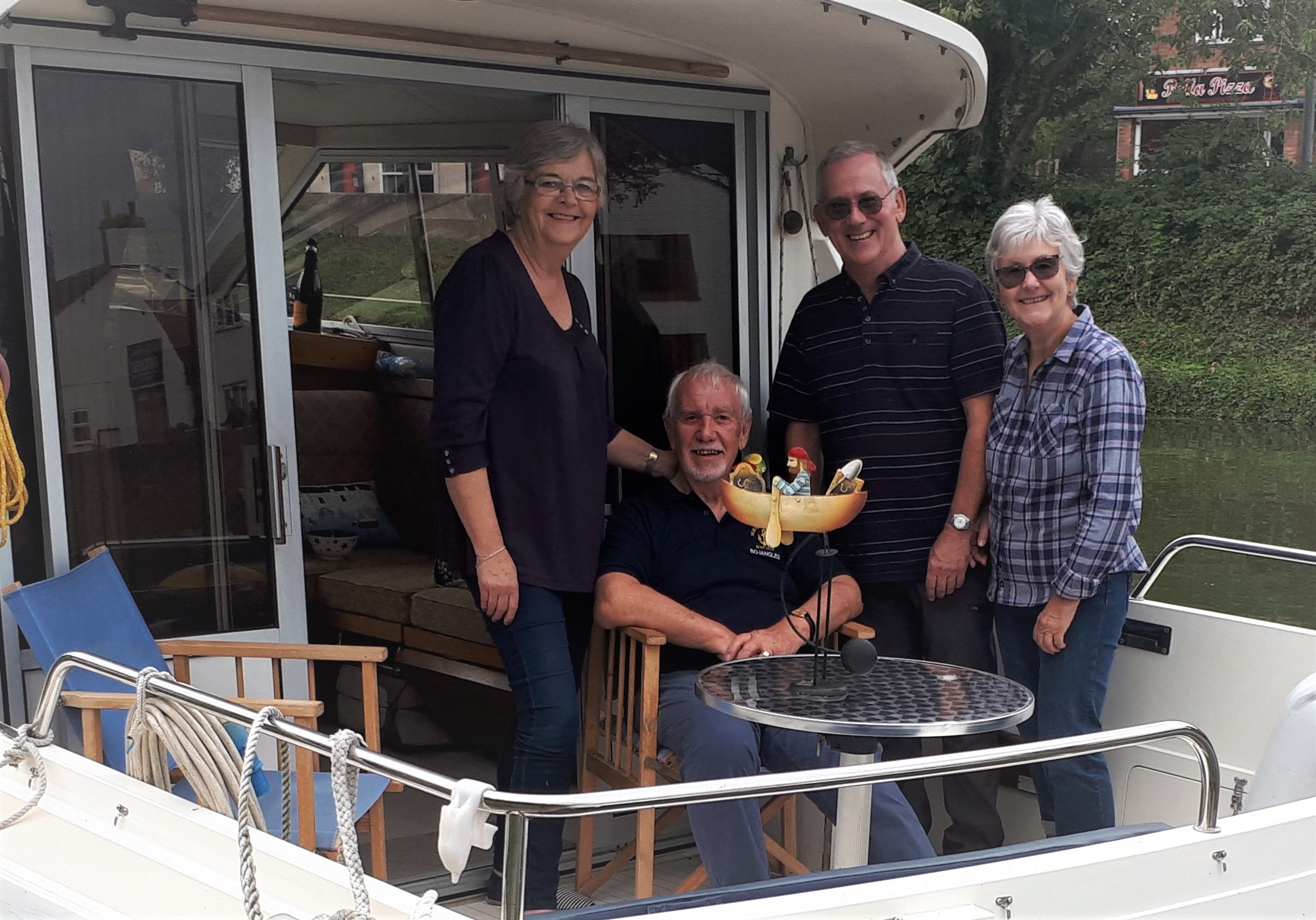 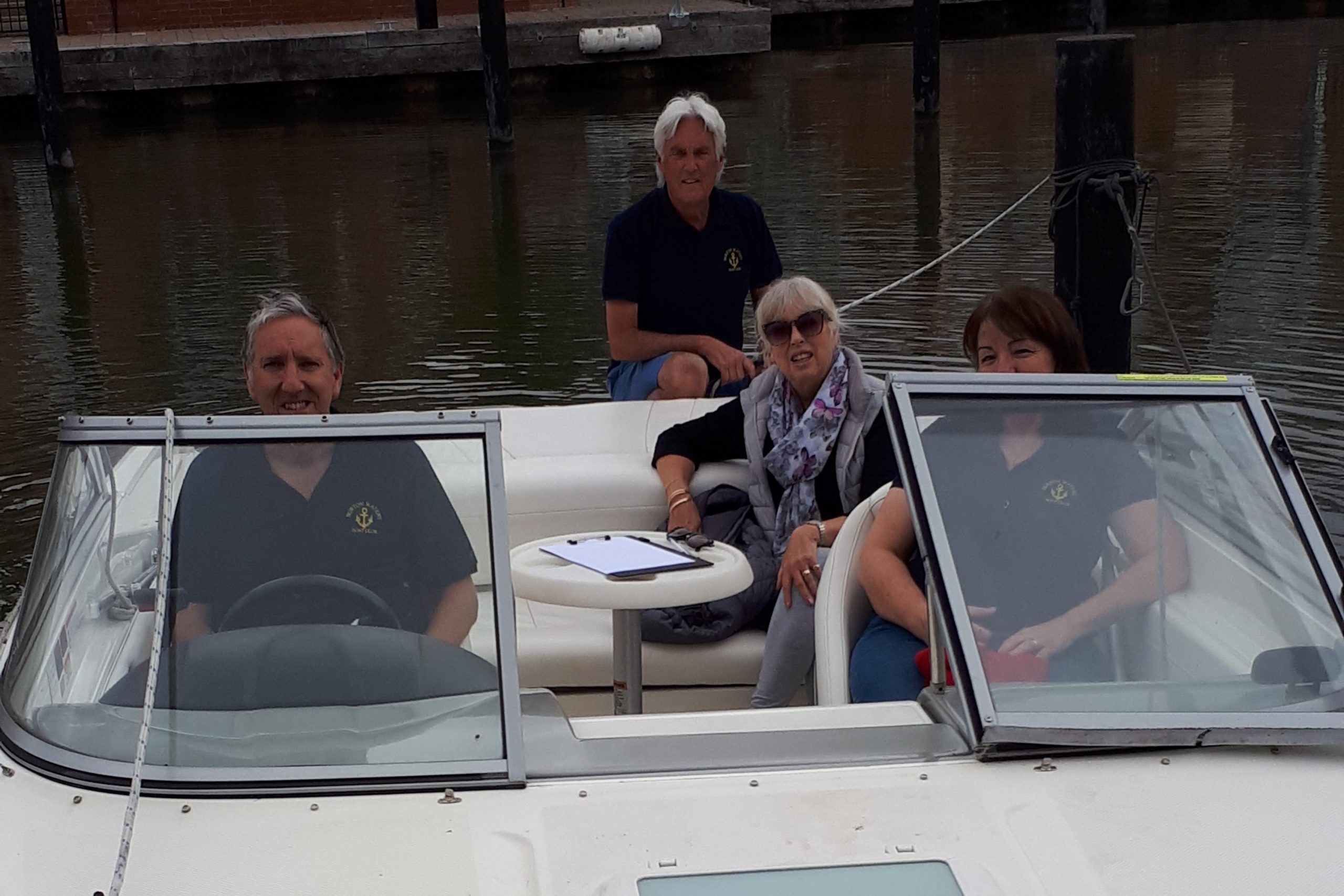 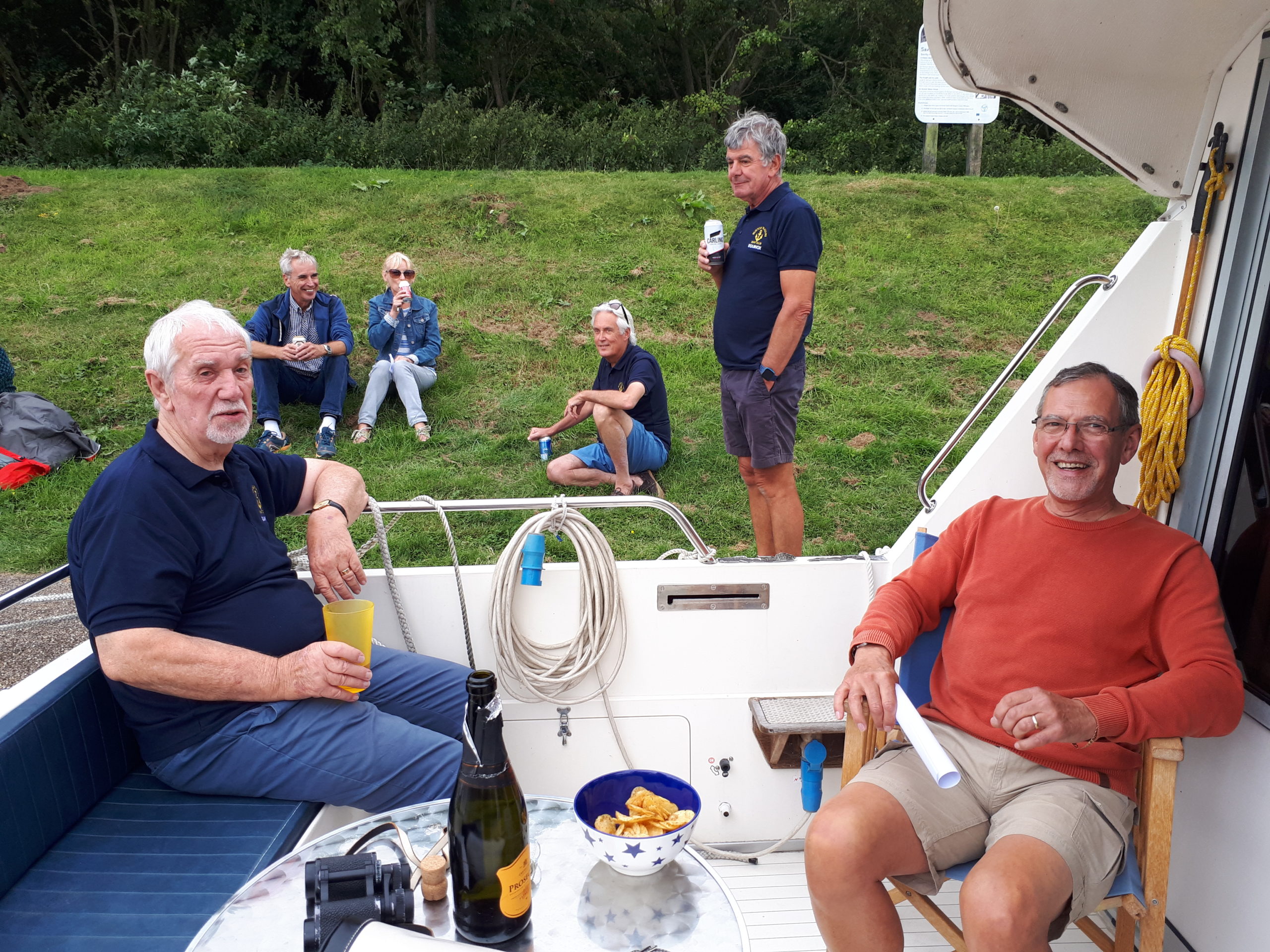